Samantha Shard received the 2013 Rompa Quality of Life Award. The aim of this project was to develop occupational therapy services for school aged children who have a diagnosis of autistic spectrum disorder (ASD). The project focused on sensory processing difficulties, considering both modulation and praxis in children aged four to seven year olds, who were current patients of the OT service within Bassetlaw Health Partnership (Nottinghamshire Healthcare NHS Trust). 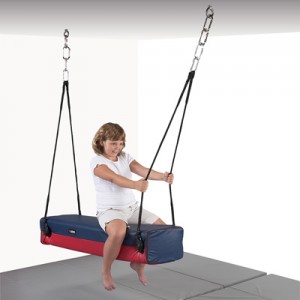 Goal attainment scaling was used to measure the effectiveness of attending these sessions and proved beneficial in capturing positive changes in the attention and tactile processing skills. This project has had a significant impact on the OT service within Bassetlaw Health Partnership. A successful outcome has highlighted the relevance of a sensory integration approach with different patient groups within the paediatric service.

As a direct a direct result of this project, joint working has improved among allied health professionals and joint clinics are being explored with infants and toddlers. The profile of the service has also been raised dramatically together with an increase in other services/agencies understanding of what sensory integration is. The importance of sensory Sensory integration training within the occupational therapy service is being recognised and supported across of staff levels. Further sensory integration clinics are being planned to continue the ongoing development of this approach within the OT paediatric OT service.

Here at Rompa we get work from all sorts of places. This job is a little different however as our IT system provider Syspro came to us with an interesting proposition – a chance to help out a primary school with a much needed multi-sensory room. Rompa have helped by providing a cutting edge multi-sensory room within their budget and donating our flagship product Sensory Magic to add an extra  dimension to the sensory experience. 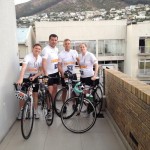 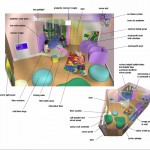 Our design for Springwood School

The full press release from our friends at Syspro is below:

Technology firm K3 Syspro is getting into gear in South Africa to help raise much needed funds for a local good cause.

Enterprise Resource Planning (ERP) solutions provider K3 Syspro (K3) will be going head to head with its partner, SYSPRO (headquartered in South Africa), as they each field five riders for the Cape Argus Pick n Pay Cycle Tour, in Western Cape, South Africa, on Sunday 9 March 2014. Staff at K3 Syspro will be getting on their bikes as they aim to raise vital funds to help Springwood Primary School build a multisensory room for students. And in an interesting twist, it is one of K3’s own customers, sensory equipment manufacturer Rompa, who have submitted a proposal to provide equipment for the new build, currently under consideration.

While K3 Syspro sells SYSPRO ERP to manufacturers and distributors throughout the UK, its partner SYSPRO works to develop the software worldwide. The two companies will each be entering a team into Cape Argus and aiming to outdo the other in friendly rivalry. The race, also known simply as the Argus, is the largest individually timed event in the world, putting 35,000 riders through their paces covering a gruelling distance of 109km – about the same distance from Manchester to Birmingham in the UK. Since its inception in 1978 the event has been held annually, attracting such cycling superstars as Miguel Indurain and Jan Ullrich.

Rompa invested in a SYSPRO solution from K3 in 2012 to support a period of business growth. The company may be responsible for developing the multi sensory room for Springwood Primary School, which provides specialist education for pupils aged two to 11 years all of whom have profound, complex and challenging needs. The school supports pupils with a variety of special needs and is a recognised and respected charity in the local area. K3 Syspro Managing Director, Andy Latham, feels the event is a great opportunity to raise money for an incredibly worthwhile charity, support a valued client, and create some good-natured competition in the process. “We’re really looking forward to taking part in the Argus in order to raise money for Springwood Primary School,” he said.

“It’ll be fantastic to meet up with the SYSPRO team but there is undoubtedly going to be a fierce rivalry once the starting gun goes! “Springwood Primary is such an amazing school and the work it does to support children in the local community is truly invaluable. We’re hoping to raise as much money through sponsorship as possible to help them achieve their aims.”

Each team will have their own mascot to join them on the day. K3 Syspro’s mascot is a bee, which represents the animal emblem of the city, adopted during the industrial revolution as a motif for hardworking people. SYSPRO South Africa will be taking along Tenacious Ted along with them, who has long been the SYSPRO mascot.

For more information on the work carried out by Springwood School or to sponsor K3 Syspro on the bike ride, head to http://k3syspro.com/charity .

Roy has been with Rompa for 21 years and it’s a big day for him as he reaches one of life’s milestones, Roy is 50 today! In keeping with Rompa tradition Roy has brought lots of cakes and pies for everyone. Thanks Roy and many happy returns of the day. 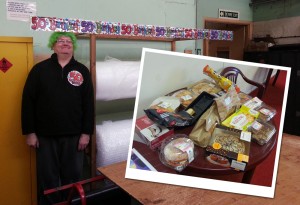