Mark Whitehead (Head Designer) and I were privileged recently to attend Autism Plus in the centre of Sheffield for an afternoon. They had approached us for donations for their sensory room and we realised that there was a potential opportunity to host a fun afternoon and take photographs of people using some resources to demonstrate to customers how they can be used – much nicer than static, boring pictures with no people in them!

Autism Plus liked the sound of this so they obtained permission from all attendees and we travelled with a boot full of sensory goodies for everyone to enjoy. The theme of the afternoon was music/sound so we found age appropriate interesting resources that were mostly audible but also took along some olfactory, visual and tactile resources to give a multi sensory experience.

Autism Plus staff and clients were extremely welcoming and a great afternoon was had by all. The group used resources that they didn’t ordinarily have access to, we took a donation of drums with us as a gift which were gratefully received as well as some scented items and we came away with hundreds of photos that could be used by both organisations.

Click the image to visit the product page for that item. 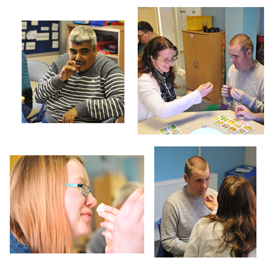 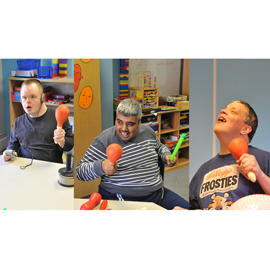 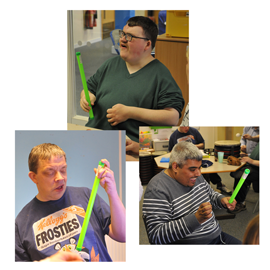 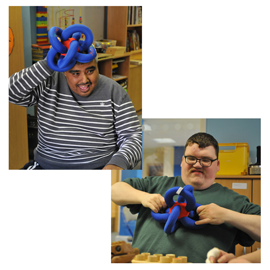 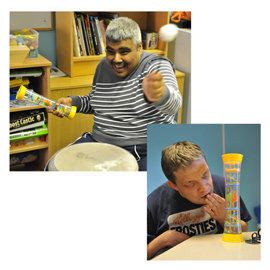 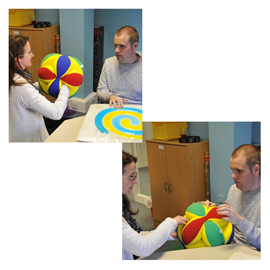 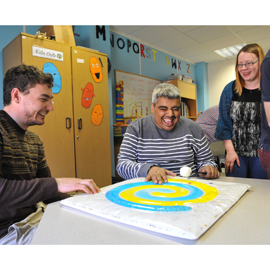 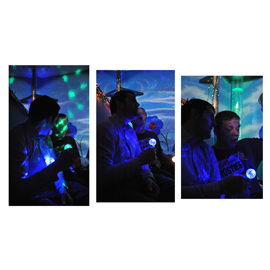 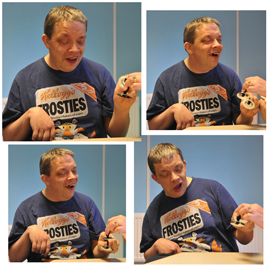 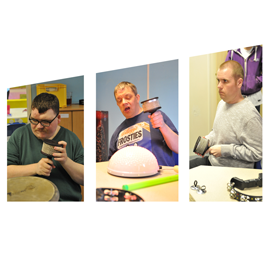 There were four members of our group that visited Belarus in late April to undertake charitable support as part of our work helping the unfortunate child victims of the Chernobyl Nuclear disaster. As you might remember, back in November (read article)  we were able to take some sensitive lighting that you at ROMPA kindly helped us with, and which made a massive impact on the children who are receiving treatment in the hospital. Well, you will be pleased to know the lights are still being thoroughly enjoyed by the children at the Children’s Cancer Hospital in Minsk and we were able to also let them have the further equipment you were able to donate towards our work. So a big thank you to ROMPA in supporting the work we do in trying to put a little hope in the children’s lives.

One special moment at the Cancer Hospital was when I was asked by a child what I would be doing and I told her I would be visiting the British Ambassador the next morning and she asked me to pass on her best wishes, which I did. I also asked the Ambassador if he would reply with a personal letter which he promptly did and I took it to the girl at the hospital. She was absolutely amazed that she had received a personal letter from such an important person who didn’t know her and it was such a special moment for her. The child psychologist at the hospital told me it was the best medicine any one could give the child as it made her feel special and that someone somewhere was thinking of her and took the time to write to her. To see her face was a very emotional moment for all of us including her mother who was not the only one with tears in her eyes.

While we were in Minsk we took some diabetes testing equipment to the endocrine hospital and also visited an orphanage, the British Embassy and many other places around the City. At every place we visited we took lots of toys for the children and tried to make it a very special day for them in their lives.

After leaving Minsk later in the week we proceeded to the town of Osipovichi where we visited school No 4, the school from where we take our children from when they visit our area for a convalescing break during the summer. Whist there we had an opportunity to meet the parents and the children who are due to be coming in July and enjoy a concert in the school. The remainder of our time in Belarus was spent visiting homes and families to get a better idea of the problems these unfortunate families have to deal with on a daily basis and again there were many emotional moments as we visited these wonderful people, that despite their poor conditions always made us welcome and were so hospitable in every way.

We will be continuing with our work helping these unfortunate children and if you know of anyone who would like to join with us or host a child in their home please pass on our details to them. Likewise if there is anyone who would like to support us in any other way please pass on our details. Chernobyl Children Life Line is a totally voluntary charity with no salaries or huge on going costs, so you can be assured that any support given is used for its intended purpose and very much appreciated. 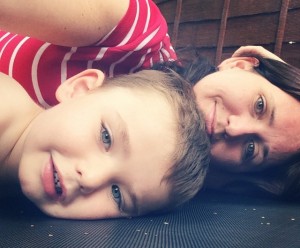 When our son was 18 months old, he still wasn’t walking, talking or responding to his name. He rocked – a lot, and bounced up and down for hours on end on his knees. I mentioned my Autism concerns to our health visitor, and we were referred to a paediatrician. Initially she said it was probably delayed development, but when he still wasn’t speaking or responding to his name at 22 Months, we began our journey towards an Autism diagnosis.

The months between our journey beginning and Sam receiving a diagnosis were really hard. I felt very lost, and overwhelmed by the whole experience. I felt like a fraud for asking about support as Sam hadn’t yet been diagnosed with anything. It was a very lonely time. I had no idea what to do to help Sam, and I was scared about what the future would bring.

As time went on, we saw more and more professionals, who gave us more and more advice. I tried to implement everything which was suggested, but eventually realised that I knew Sam best – some suggestions were none starters for him, it was as simple as that.

One thing which has always helped to get Sam to engage is shapes. Whether it be drawings, toys or iPad apps – if there was a shape involved, Sam would spend time exploring the item. I spent a lot of time doing shape puzzles with him, and this helped us to realise Sam’s potential. He is non verbal at the moment, but if you ask him to find the square, he will find it almost immediately. The same applies to most shapes, colours and numbers now. He spots shapes in places where I would never notice them.

I clung on to this, and stopped focussing on the things Sam wasn’t yet doing. By encouraging him to do the things he enjoys, Sam has developed other skills. His hand-eye co-ordination has come on massively, thanks to puzzles and iPad apps. Sam’s social interaction has improved hugely too, by playing alongside and then with him, while doing activities he loves – not necessarily the ones he will “learn” the most from.

If I had to give one piece of advice to a parent beginning their child’s autism diagnosis journey, it would be “ask what support is available locally”. I went to our local Autism family support group, and made some great friends. It was amazing not having to panic and explain Sam’s needs when he began shouting.

There is plenty of support online, too. I found the #AutismMum hashtag on Instagram and Twitter amazing for finding other UK based Autism parents. You can find me on Twitter at @TheMotherGeek, and you can read more about our autism journey at mothergeek.co.uk as well.