Rompa will be at the REHACARE Exhibition in Duesseldorf next week. Running from 28th September to 1st October REHACARE is the leading international trade fair for rehabilitation, prevention, inclusion and care.

If you want to talk to us about becoming an international Snoezelen Multi-Sensory distributor be sure to come and see us in Hall 3, stand D48 or contact danc@rompa.com for more information. 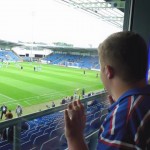 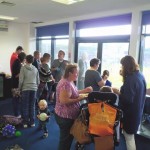 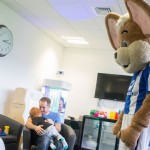 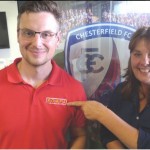 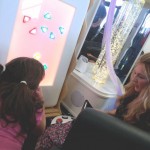 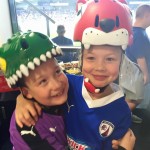 The use of a pop-up sensory room provided by Rompa at the Proact Stadium for Chesterfield’s game against Northampton Town at the weekend has been hailed as a huge success.

A number of youngsters who are affected by autism, together with their families, were invited to use the room as guests of the club.

The initiative was organised by the Chesterfield FC Community Trust in partnership with Accessible Derbyshire, a charity with the aim of improving the lives of disabled people, their families, friends and carers living in or visiting Derbyshire and the Peak District.

Accessible Derbyshire co-founder Gillian Scotford said: “It was so easy to arrange with the help of such a supportive club like Chesterfield FC. TM Accounting Services kindly provided the space and we invited families affected by autism. We also arranged for Rompa, the specialist sensory equipment company, to set up the equipment for the day.

“We never dreamed it would be such a success! All the families came along, all of them stayed and all of them enjoyed the day. For many it was their first experience of a match and it was smiles all around.

“The children were fascinated by the bubble tubes, interactive lights, sensory toys, ear defenders and sensory aromas. It was a very ‘safe and comforting’ environment. Knowing you are amongst others who understand makes the whole experience more relaxing. We have already had emails asking us to let them know about the next event!”

Ray Watts, who attended the match with his six-year-old son Jake, said: “It gave families with autism a priceless gift – the chance to experience something as a whole family in a safe and autism-friendly environment.

“A simple trip to the supermarket can be daunting for a person with autism, so to be able to enjoy a football match was absolutely amazing. I cannot thank Chesterfield Football Club enough for supporting this venture. It is a true testament to the club’s determination to make football accessible for everyone.”

Dawn Cook and her son Lewis also took up the invitation to use the sensory room. She said: ”This was the first time that Lewis, who’s 19, has ever been to a football match. Normally the noise alone would make seeing a game impossible for us but Lewis watched the entire 90 minutes and really enjoyed it thanks to the quieter environment.”

If you are a football club or a venue that would like to speak to us about becoming more accessible please feel free to get in touch – 01246 211 777 or by contacting danc@rompa.com 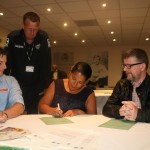 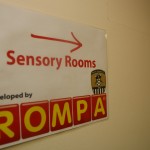 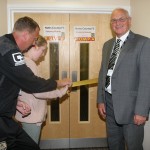 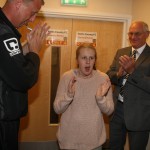 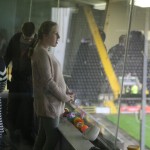 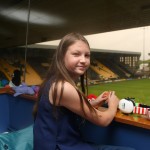 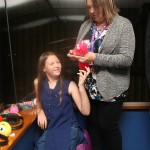 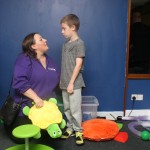 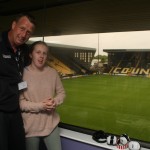 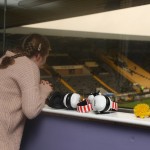 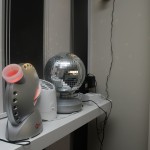 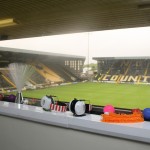 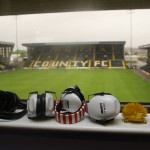 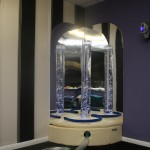 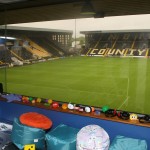 In a ceremony which also saw the club sign the Autism Alliance charter, the rooms were officially opened ahead of Saturday’s Sky Bet League Two match against Grimsby Town by Notts head groundsman Trevor Hutchinson and his daughter Tyler, who has complex learning difficulties.

Hutchinson said: “It was quite emotional to be honest. To see Tyler react the way she did, and how much she joined in and enjoyed it, was brilliant. I think that was down to all the cameras – she’s quite a poser when it comes to having her picture taken!

“Even after that she remained very calm, which proves the rooms do what they say on the tin.

“It was a great day and I’m really proud of what we’ve managed to achieve.”

The club launched the project after seeking advice from a number of specialists including Autism East Midlands, Rompa, the Shippey campaign and Indigo to ensure the rooms would fully meet the needs of those with complex learning difficulties.

Rompa, a leading organisation in sensory equipment and multi-sensory environments, developed the rooms, which are located in the executive boxes of the Haydn Green Stand.

Dan Casey, marketing manager at Rompa, said: “We are absolutely delighted that Notts, the oldest Football League club in the world, are on board and we hope this will show other clubs it can be done.

“We’ve provided three sensory areas to make the club accessible to people with complex learning difficulties, including autism. It’s such a great thing.”

The idea was first floated by Debbie Austin, who visited the club earlier this year in her role as specialist awareness trainer at Autism East Midlands.

Six months later, her suggestion has come to fruition – bigger and better than she ever envisaged.

She said: “Typically it would perhaps be one area or room, but here at Notts County there is an array of rooms – not only for people with sensory issues, but a room for parents as well.

“I am a woman on the autism spectrum, so I know myself that noise and crowded spaces can be overwhelming. People with this type of condition, who would otherwise have stayed away, can now be a part of the game.

To celebrate the launch, Notts are offering complimentary access to their sensory rooms for their next four Sky Bet League Two home matches:

There will be an opportunity for sensory room users to make a charitable donation at each match.

To apply for complimentary tickets, please email beverley.markland@nottscountyfc.co.uk. Recipients will be selected at random from those who apply.

From the Luton Town match (Saturday 29 October) onwards, each sensory room can be hired for £40. The maximum capacity for each room is eight people, with a ratio of one sensory room user to a maximum of two parents/carers.

The rooms will be available to book in-person at the Meadow Lane ticket office or by calling 0115 955 7210.

Each room in detail

The rooms cater for differing needs:

The Snoezelen® Multi-Sensory Room provides resources to calm people using light, sound, smell and touch while giving a fantastic view of the game. The room boasts a bubble tube in a padded base, fibre-optics, eight-colour controller, milky way fibre-optic carpet, laser sky projector, aroma diffuser as well as vibrating pillows to provide a relaxing environment to enjoy the match in.

This room provides simple resources to engage those who may find the main sensory room distracting. It boasts hand-held products to hold, squeeze and manipulate as well as a calming space projector which features a slow-moving lava lamp-like projection, a spotlight and mirror ball. There is also an aroma-diffuser which can be changed for different users.

This room is for the more active and those with sensory processing disorders. It includes spinning, rocking, bouncing and balance as well weighted and compression vests to help those who can be calmed with this type of sensory input. It also has a range of hand-held tactile products to touch and explore, including hard, soft, aroma, smooth and vibration. Each viewing area also provides ear defenders for people who are sensitive to sounds (such as sudden cheers).

– Parents/carers remain responsible for sensory room users at all times

– The sensory suite is manned by volunteers who are there to provide support to the users, but who are unable to provide dedicated caring support. Parents and carers must therefore retain full supervision of their sensory room user at all times

– Notts County intend to review their sensory room ticketing policy after three months as part of their commitment to ensuring the rooms are accessible as possible to those who need them. The club therefore invite supporters to send their feedback to beverley.markland@nottscountyfc.co.uk

– All parents/carers will be asked to complete a profile form on arrival, which will enable the club to gain an understanding of users’ needs. Please note – personal data will be shared with staff and sensory suite volunteers but will not be used for any other purpose

-If you would like to find out more about how Rompa can help your club please contact danc@rompa.com or call 01246 211 777